(October 23: I wrote this on October 6 but didn’t publish it for some reason. Rather than rewriting it to change time frames and then publishing it on this day, I’ve decided to publish it on the day I’d intended to publish it.)

Each year since her first breast cancer diagnosis over eight years ago, my mother took part in the Run for the Cure. She was proud to be a survivor and loved to get her pink survivor’s t-shirt at the start of each run.

I decided this year to volunteer for the local Run for the Cure, in her memory. It was to be a way to be a part of something that meant a lot to her. My father and my brother and his family were taking part in the Halifax one, just as they always have.

The volunteer meeting was seven weeks to the day after my mother’s death. (Yes, I’m still counting. Yesterday was two months.) They played an inspirational video showcasing personal stories (happy and sad), and it was all too much for me. I sat there in the semi-darkness of the high school library with tears running down my cheeks until the video presentation was over. I thought at one point I was going to have to leave because I could feel hysterical sobs lurking just below the surface. But I stuck around. (The Universe decided to treat me after that to 25 minutes sitting in the rain waiting for a bus whose driver neglected to mention when we’d reached Lees. So my 20 minute trip home turned into a very cold and wet 2 hours. But I digress…)

I’ve been overly emotional ever since. If I’m not actually crying, the tears are nearby. I ended up backing out of volunteering in part because I just didn’t think I could bear to be around people in this state. Some of the feelings I’m having surprise me, though I suppose that grief is an intensely individual thing. The word “cancer” invariably triggers the barely-restrained tears. It doesn’t matter what kind or in what context. And I find I’m a little bit resentful of the publicity surrounding breast cancer. I know, it’s irrational and unkind, but it is what it is. My mother didn’t die of breast cancer, she survived it. The ovarian cancer that killed her doesn’t get nearly the attention that breast cancer does, and that’s what I resent.

The Ovarian Cancer Canada Walk of Hope, for example, brought in over $2.3 million this year. The Canadian Breast Cancer Foundation Run for the Cure, on the other hand, brought in $33 million. Both runs/walks occur within a month of each other, the Walk for Hope in September and the Run for the Cure in October, but you hear very little about the Walk for Hope. Perhaps that can be put down to the guerrilla marketing techniques employed by the CBCF and other breast cancer awareness organizations, keeping pink and the concept of breast cancer high in the public’s thoughts. How many people who don’t have or know someone who has know that ovarian cancer awareness is teal? I guarantee you it’s a lot fewer than know that pink is for breast cancer awareness.

Perhaps that’s a failing of the PR/marketing side of Ovarian Cancer Canada. 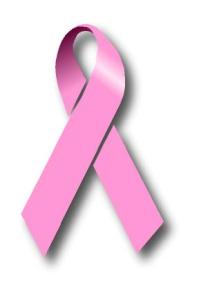 Seven years ago, my mother developed breast cancer and survived.

One and a half years ago, she developed cancer in her remaining breast and survived.

Today, a routine visit to her urologist for her chronic kidney stones has raised the spectre of cancer yet again. Today, it is a vague but sinister “something on the CAT scan” spectre. Tuesday, when she visits her oncologist, it will either gain a name — and power — or it will dissipate.

We joke about keeping her stocked up with illegal recreational drugs for the pain. We joke about her going on a spending spree with their savings account in her last days so that my father is forced to find a sugar mama to keep him.

We joke when times are black. It’s a coping mechanism. You laugh or you slit your wrists in despair.

We joke, but my father has serious health problems of his own and I doubt he’d survive my mother by very long.

It’ll always be too soon.

My parents and I don’t have the same taste in television shows except for a shared fondness for British comedies. One of my and their favourites of all time is Are You Being Served? Mr. Humphries “I’m free!”, Mrs. Slocombe’s pussy. Love them all.

I was sad to learn this morning that Wendy Richards, Miss Brahms in AYBS, passed away yesterday from breast cancer that had metastisized to other organs. Very sad, but she left a huge legacy of comedy and dramatic acting for which she will always be remembered.

Six years ago, my mother was diagnosed with ductal carcinoma in situ, a non-invasive form of breast cancer. She had her breast removed and that was the end of that — no drugs, no chemotherapy, no radiation. (We’ll ignore the fact that the mastectomy surgery brought with it a systemic infection that nearly killed her or the fact that the IV insertion caused her to lose full use of that arm/hand for years — the mastectomy itself was a success.)

She’s had regular annual mammograms since then. Two weeks ago, she got a call saying that they needed to do some additional tests. Then she had to have a biopsy, which got delayed because she got terribly ill. Today, we’ve found out that she definitely has cancer in the remaining breast. And this time, it’s fully invasive. They won’t know how bad, how far it has spread, or what stage it is until they actually get in there. On the plus side, it doesn’t appear to be huge. On the minus side, it appears to be fast growing. We put on the usual black humour faces we’re known for but it’s a hard sell. Even harder knowing I’m not there and can’t be there. Would that I could set up a huge energy conduit from me to her.

Can’t help but also wonder about the future repercussions for my sister and I: our maternal grandmother died of bowel cancer at the age of 35 — recurring breast cancer in our mother is a bit scary for so many reasons.

Some positive snippets from breastcancer.org:

“In general, the personalities of breast cancers that occur in women under age 40 tend to be more aggressive than those that occur most often in women over 40.”

“If your doctor finds cancer in a part of your breast or in tissues of your chest wall entirely separate from where the initial cancer was located, it’s likely that this cancer is new and not a recurrence of the old cancer. This is especially true if it’s been more than five years since your first diagnosis. Developing a new cancer is generally, but not always, more favorable than having a recurrent cancer. “

Also found out today that one of my cousins had a heart attack last week. Thankfully, it was mild and nonfatal, but still…